•Enrolment begins at UNILAG •No going back on our stand, says union 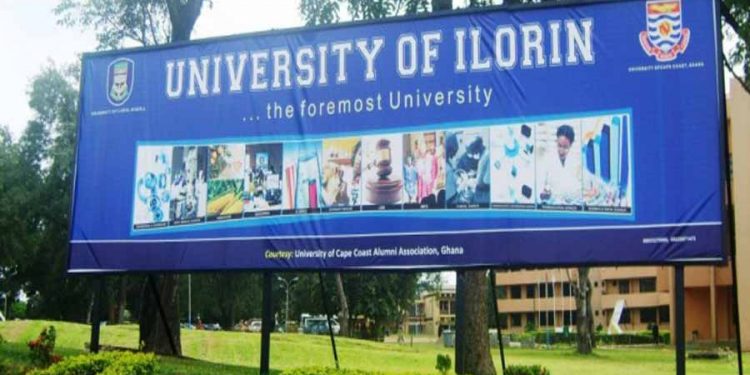 Members of the Academic Staff Union of Universities (ASUU) at the University of Ilorin (UNILORIN) on Wednesday participated in the biometric data capturing of workers on the Integrated Personnel Payroll Information System (IPPIS).

This contradicted the directive of the national leadership of the union, which asked its members not to enrol into the system.

The union, at its congress on Monday, unanimously resolved that “ASUU-UNILORIN says no to IPPIS and will not be coerced or forced to enrol on the scheme; any attempt by the government to stop the salaries of members shall be resisted with appropriate activation of total showdown; there are consequences for traitors, and necessary sanction(s), as prescribed by the union’s laws, shall apply for erring members; necessary welfare packages shall be activated at national and local levels while the struggle lasts”.

It also resolved to set up a monitoring team to ensure compliance to its direction among its members.

The Nation learnt that academic and non-academic workers took part in the exercise holding at the old Senate chamber of the university.

A member of the team from the Accountant General Office, who pleaded anonymity, said academic and non-academic workers had been coming forward to enrol.

“The first academic worker we attended to is a professor. So far, we have not had any labour issue. The exercise will last two weeks,” he said.

The university’s ASUU Chairman, Prof. Moyosore Ajao, insisted that his colleagues did not participate in the exercise.

“Non-academic workers are those who registered. It might be the vice chancellor, who is a political appointee, who registered with them. We don’t have the Congress of University Academics (CONUA) at UNILORIN. They are seeking relevance; they are dissidents,” Ajao added.

The IPPIS enrolment also began yesterday at the University of Lagos (UNILAG) with a large turnout among non-academic workers.

ASUU members did not participate in the enrolment done at the Jelili Omotola Multipurpose Hall of the university.

The Nation learnt the official arrived late on Tuesday and started enrolment yesterday.

One of the IPPIS officers, Mr. David Mega, said the plan was to capture all workers of the institution within three weeks.

“Aside the rowdiness occasioned by the large turnout today, the process has been going on smoothly. Although we are yet to see any member of ASUU, it is our hope that they will comply with the directive of their employers,” he said.

Reacting to the absence of ASUU members for the   IPPIS enrolment, the union’s Chairman at UNILAG, Dr. Dele Ashiru said: “I don’t know anything about IPPIS. The position of our union is clear. It is the Registrar you should be asking about it. None of our members will enrol on the programme.”

The Chairman of Senior Staff Association of Nigeria Universities (SSANU) at UNILAG, Sowunmi Olusola, confirmed the commencement of the enrolment.

He explained that SSANU, Non-Academic Staff Union of Education and Associated Institutions (NASU) and the National Association of Academic Technologists (NAAT) members who had the prerequisite documents were enrolled.

He said: “The enrolment, which should have started earlier this week, later began on Wednesday. All those who had the necessary documents were duly enrolled. All non-teaching members of staff co-operated and of course, the exercise went very well. The registration continues on Thursday and through the remainder of the week.”

Some NASU members expressed delight over the new payroll system.

But ASUU’s National President Prof. Biodun Ogunyemi told the News Agency of Nigeria (NAN) yesterday in Lagos that there is nowhere in the world where such a development is allowed.

National Coordinator of Congress of University Academics (CONUA), Dr Niyi Sumonu, has said the union is holding the Federal Government in trust on the enrolment of its members into the Integrated Payroll and Personnel Information System (IPPIS).

Sumonu, who addressed reporters yesterday in Osogbo, the Osun State capital, hoped the enrolment of CONUA members into IPPIS would ensure prompt and constant payment of salaries.

The News Agency of Nigeria (NAN) reports that CONUA is a splinter group of Academic Staff Union of Universities (ASUU).

“We resolved in our congress over the weekend that all our members should comply with IPPIS registration, and they have started enrolling.

“We are giving government the benefit of the doubt that the IPPIS enrolment will ensure constant, correct and prompt payment of our salaries…

“There is no doubt that the enrolment of universities into IPPIS is a tool to fight corruption,” Sumonu said.

Lagos to begin payment of N35,000 minimum wage this month